“Perry Anderson was near the brink of death when he first walked into Salvation Army hostel The Beacon. At 29, he had been battling alcohol addiction for more than a decade and had lost everything, including his marriage and home. “

This former carpenter had lost his job after a back injury. He drank and lost everything else. He nearly lost his life. Alcohol greatly aggravated his problems. Alcohol could not help him; only Jesus can give hope! Only Jesus gives meaning to life – even for people who never even started drinking.

But now at 20 months sober, Perry has become a Salvation Army soldier and is helping to rescue others from tampering with drink. Hallelujah!

Claire Tyrrell, 11 May 2018, The West Australian “Perry Anderson saved from alcohol addiction thanks to Salvation Army”

“Christians should set an example of personal responsibility in their daily lives. The Salvationist’s caring includes helping people for whom alcohol has been a problem. It would be inconsistent for any Salvationist to drink while at the same time seeking to help others to give it up. “

“Mother” of the Salvation Army, Catherine Booth wisely warned against running into temptation to drink: “God has nowhere promised to keep the man who needlessly, and for the sake of his own indulgence, runs into temptation. How fearful, then, the responsibility of those Christians who tell the reclaimed inebriate, aye who tell any man, “You may safely tamper with the drink! You may play with this fire of hell, and trust in God to keep you from being burnt.” Alas, how do such counsellors unwittingly play the part of Satan in his cunning approaches to our Lord. “Cast thyself down, for it is written, He shall give His angels charge concerning thee; and in their hands they shall bear thee up, lest at any time thou dash thy foot against a stone.” [Matt. 4:6] Oh, that all our brethren and sisters would ever bear in mind the memorable answer, “Thou shalt not tempt the Lord thy God.” [Matt. 4:7]

Catherine Booth, Strong Drink Versus Christianity, Total Abstinence is a Valuable Ally of the Gospel, as a Conserving Power

“envy, murders, drunkenness, revelries, and the like; of which I tell you beforehand, just as I also told you in time past, that those who practice such things will not inherit the kingdom of God… Gal. 6:1 Brethren, if a man is overtaken in any trespass, you who are spiritual restore such a one in a spirit of gentleness, considering yourself lest you also be tempted.” (Gal. 5:21; 6:1) (NKJV)

Who should know better the effects of liquor than this brilliant woman, from her experience in the redemptive work of the Salvation Army? Says she: 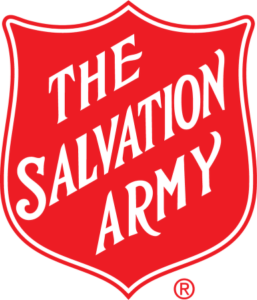 The reasons for this are two-fold.

Many people who are not alcohol-dependent nevertheless use alcohol inappropriately – to be accepted, to deal with boredom, frustration, loneliness, anxiety, or because they cannot have a good time or be comfortable without alcohol. Alcohol is neither a panacea nor a problem-solver, nor should it be seen to be a social lubricant or hallmark of hospitality. Alcohol is being introduced into homes and included in social functions where before it was not seen as necessary.
END_OF_DOCUMENT_TOKEN_TO_BE_REPLACED

In many places the publicans stirred up violent opposition against the Salvation Army, ‘who, like the silversmiths of the ancient story [Acts 19:23-41], could not help seeing that the hope of their unholy gains was going, if not already gone.’

‘It was an open secret that the financial backers of these bullies were the owners of the brewing trade.’ Bramwell Booth, Chief of Staff, complained to the Home Secretary in 1881, ‘In nearly every town where there has been any opposition we have been able to trace it more or less, to the direct instigation, and often the leadership of either individual Brewers and Publicans, or their employees. The plan adopted is by treating and otherwise inciting gangs of roughs … to hustle and pelt, and mob the people.’

Cited by Clifton Shaw, 1999, Who are these Salvationists?, ch. 8: Going to the People – Early Outreach, p. 134, Salvation Army National Publications.

END_OF_DOCUMENT_TOKEN_TO_BE_REPLACED

Not exactly. It is hardly clear that General Booth supposed even unfermented grape juice would endanger former alcoholics. (But if perchance unfermented wine were not available at times, coloured water would suffice.) Nevertheless, Baptism and the Lord’s Supper were both discontinued, not really due to grape juice being considered dangerous, nor due to alcohol which clearly does endanger them.

But the danger of former alcoholics relapsing would be one of multiple reasons for various church denominations to stipulate the observance the Lord’s Supper with only unfermented wine. The Salvation Army itself had always had clearly made a distinction in which particular type of wine it would use for the Lord’s Supper: “Unfermented wine only to be used” (c. 1870)

END_OF_DOCUMENT_TOKEN_TO_BE_REPLACED

THE subject upon which I have been requested to write a paper is, “The Value of Temperance in connection with Religious Aggressive Effort.”

Before entering directly on the subject, I want to make two or three preliminary remarks, and,

I. It may be well to explain that we understand religious aggressive effort to be, that interference on the part of Christians with the thoughts and actions of ungodly men which the Bible shows to be necessary, in order to secure their present and eternal well-being.
END_OF_DOCUMENT_TOKEN_TO_BE_REPLACED

I ought to be able to make a speech with such a text; but it seems, as The General has said, to have taken all the breath out of me. END_OF_DOCUMENT_TOKEN_TO_BE_REPLACED

“Word to a Drunkard” by John Wesley

1. Are you a man? God made you a man; but you make yourself a beast. Wherein does a man differ from a beast? Is it not chiefly in reason and understanding? But you throw away what reason you have. You strip yourself of your understanding. You do all you can to make yourself a mere beast; not a fool, not a madman only, but a swine, a poor filthy swine. Go and wallow with them in the mire! Go, drink on, till thy nakedness be uncovered, and shameful spewing be on thy glory! [Hab. 2:16] END_OF_DOCUMENT_TOKEN_TO_BE_REPLACED

The head of WA’s [Western Australia’s] Aboriginal Health Council is calling for alcohol to be made illegal in indigenous communities across the State as the Government considers implementing liquor bans in at least three more townships.

Henry Councillor said the early success of a complete alcohol ban imposed on the remote east Kimberley outpost of Oombulgurri should be held up as a model of what could be achieved in other communities [comment: indigenous or not].

END_OF_DOCUMENT_TOKEN_TO_BE_REPLACED

‘the thing is an evil in itself’ ‘Make your children understand that it is not safe for them or anybody else to take strong drink in what is called moderation’
—General William Booth, Salvation Army, who cares about his example to others!

1. Ought not children to be instructed in the evils attendant on the use of intoxicating liquors?
Yes. As soon as children can understand anything at all, they should be made to understand the evil consequences which follow the use of strong drinks, and the importance of abstaining from them altogether. No parent can tell how soon his children may be tempted on this subject, and to be forewarned is to be forearmed. Therefore the children should be instructed in this matter very early in life. Parents will not find any difficulty in explaining this evil in a simple fashion to their children, and they will readily and sincerely pledge their little hands and hearts before God not to use that which they see to be the wicked drink. END_OF_DOCUMENT_TOKEN_TO_BE_REPLACED