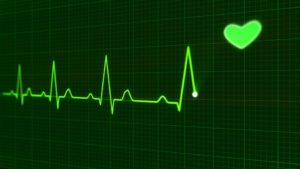 Researchers from Canada, USA, and Australia have together produced a meta-analysis of 54 published studies, regarding drinking, and death from all causes and from coronary heart disease (CHD).

The report found that many of the previous prospective studies have failed to distinguish between former drinkers and persons who never were drinkers.

This systematic error was used to support the hypothesis that alcohol use (by older users) reduces CHD risk.

The researchers found that the few studies without this error showed no evidence of health benefits.

The new study supports an early researcher’s idea that an apparent benefit is merely due to a ‘reduction or termination of drinking in older people due to increased illness, disability, frailty and/or medication use.’

Besides, researchers from Brazil found that in certain populations, drinking is not even statistically associated with lower coronary heart disease. They questioned ‘whether the cardioprotective effect of alcohol is real or may be confounded by lifestyle characteristics of drinkers.’

Again, researchers (after excluding certain confounding factors) have associated drinking with greater risk of future heart disease. ‘In conclusion, our findings add to the emerging evidence that binge drinking is associated with higher rates of cardiovascular disease…’ ‘Surprisingly, our findings also raise the possibility that even moderate alcohol consumption could have proatherogenic effects [harmful effects on arteries] among young adults.’

Why should anyone be told to start drinking under the illusion of heart disease prevention?

‘In the past, researchers believed red wine might have had health benefits for heart disease, but this does not appear to be the case.’